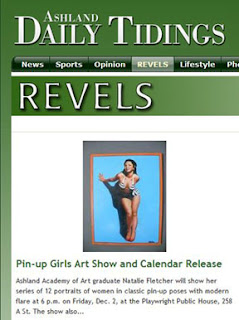 One of the benefits of living in an artists' community such as Ashland, Oregon, is the incredible support given to up-and-coming artists.  The preparation for my Pin-up Girls Art Show and Calendar Release is a perfect example.

Southern Oregon Brewing Company has stepped up to partner with the show by providing samplings of their Pin-up Porter -- how perfect is that?  Check out their website or "Like" them on Facebook.  A special thank you to SO Brewing Company president, Tom Hammond, for his support of the show.

And today, the Ashland Daily Tidings newspaper is highlighting the show on the main page of the REVELS section of their online newspaper.

So, from one "up-and-coming" artist, thank you to all of those visionaries and organizations who support the arts.
Posted by Natalie Fletcher at 9:18 AM No comments: 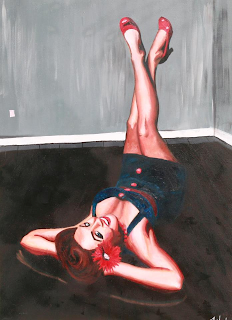 Natalie Fletcher, a graduate of the Ashland Academy of Art, and now an artist in her own right, will be hosting a show featuring her latest project, Pin-up Girls.

The series of 12 portraits of women in classic pin-up poses with a modern flare, will be the centerpiece of a show on December 2 at The Playwright, A Public House, located at 258 A Street in downtown Ashland.  The show also will feature the launch of "Natalie Fletchers' 2012 Pin-up Girls Calendar".  The calendar includes the portraits that are the centerpiece of the show.

"The calendar I recently finished was inspired by artists from the 30s and 40s such as Zoë Mozert and Earl Moran," said Fletcher. "I love the beauty and softness of the classic pin-up, but felt as if it needed a modern, more empowered female portrayal. The models I used -- including myself --  were confident and had a great time making this project come to life. My pin-up calendar is about the beauty and strength that exists in all females today."

A native of Texas, Fletcher has been painting for 10 years.  She moved to Ashland five years ago to study at the Ashland Academy of Art.  Fletcher completed the rigorous four-year curriculum and graduated from the academy in 2010.

Since that time she has been creating art, which she says is "my hobby, my passion, and my curse."  Fletcher's interest is in portraiture.  "I love painting portraits and I love realism, so I like to add a bright, modern twist to the classic style," she added.

The Pin-up Girls show will run from 6  to 10 p.m., with musical entertainment provided by the duo, Black Mould, from 7 to 8 p.m.  In a creative partnership, Southern Oregon Brewing Company  will provide complimentary tastings of their Pin-up Porter label.
Posted by Natalie Fletcher at 10:16 AM No comments: 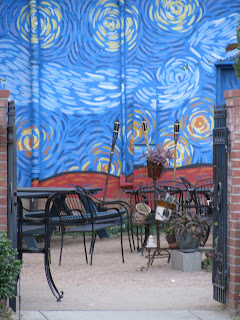 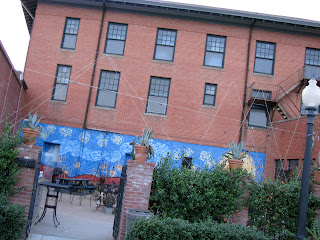 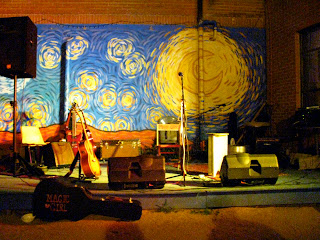 Posted by Natalie Fletcher at 5:01 PM No comments: 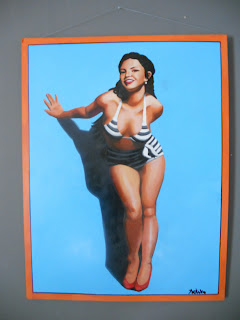 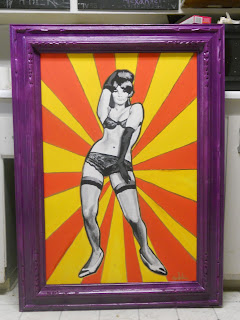 Posted by Natalie Fletcher at 2:13 PM No comments: 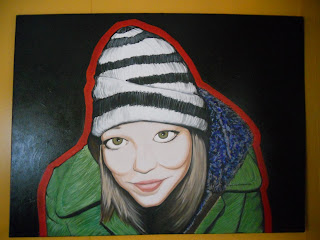 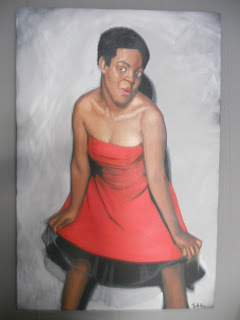 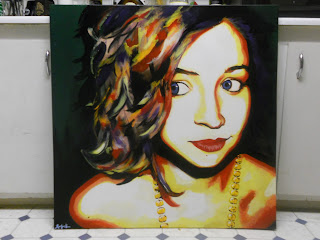 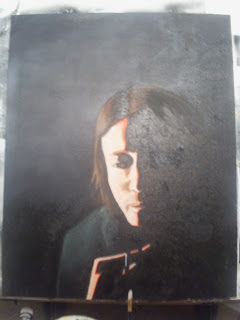 Posted by Natalie Fletcher at 2:09 PM No comments:

Studies at Ashland Academy of Art 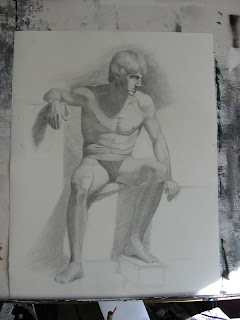 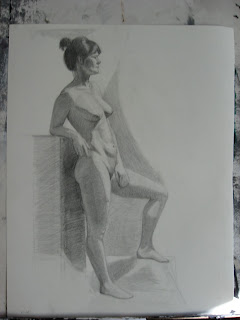 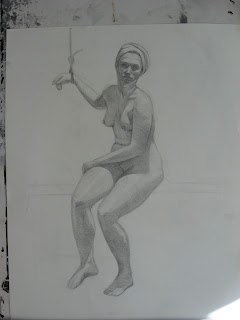 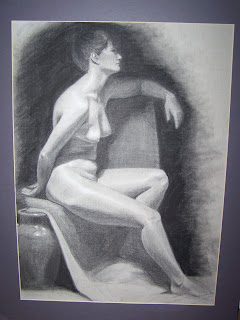 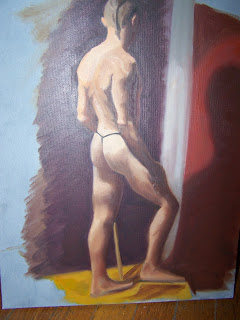 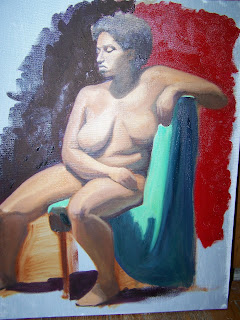 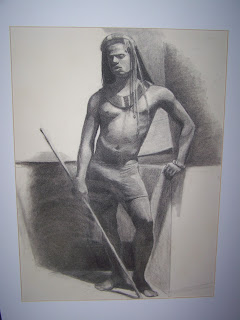 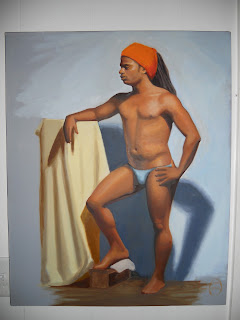 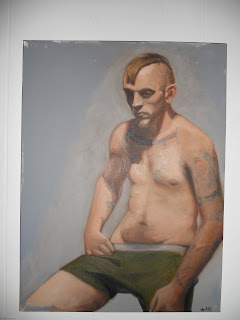 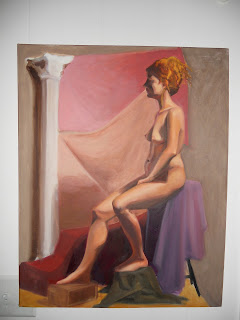 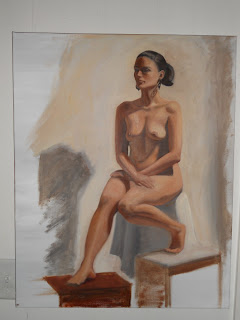 Posted by Natalie Fletcher at 1:53 PM No comments: